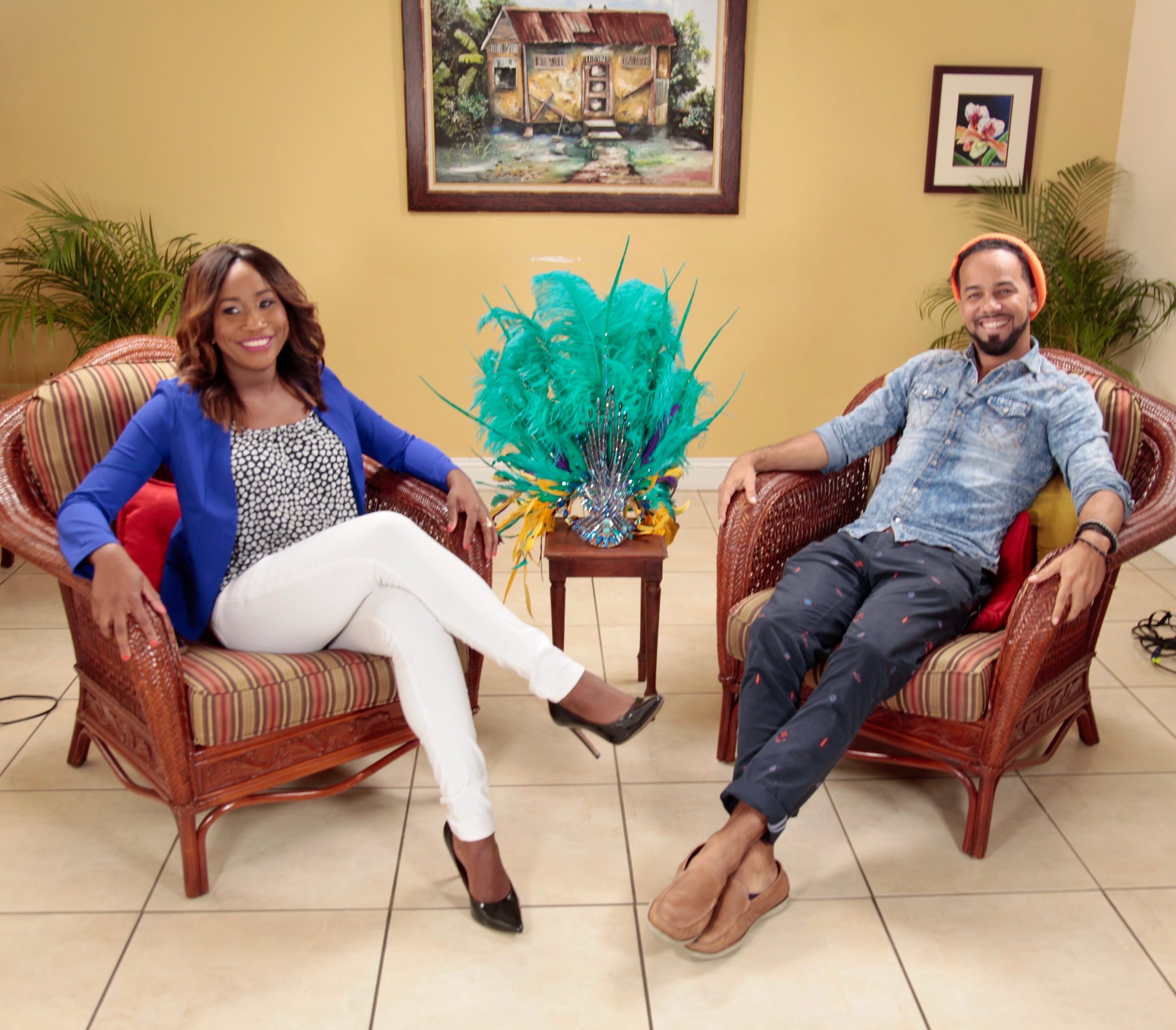 From Berkeley to Bailey and Minshall to MacFarlane, the mas designer has always had pride of place in T&T's Carnival celebrations.

The bandleader is a wearer of many hats: leader of the band; organiser; accountant; manufacturer and business manager. As these functions have become increasingly specialised, the man who brings out a band, is not necessarily the designer of the costumes.

Mas today, is filled with guest designers and special sections. Almost gone are the days of the bandleader who stands in the shade of the truck, while his designs float across the Savannah stage.

"Let us look at a situation where an overseas company–a fashion house, for example–becomes interested in a particular Carnival costume design. They want to feature this costume in a fashion show. Who do they approach for ownership or for licensing of this costume, or who do they seek permission from to use it ?

"No credible overseas entity is going to be interested in buying into a liability or buying into a situation where they decide to feature a costume in an event and a third party comes forward in T&T, with a cease and desist order saying the design belongs to them and they ought to be paid licensing fees. This is why it is important to clarify from the outset."

Like the origin of fetes spoken of last week, most bandleaders and mas designers have informal, usually oral agreements on the use of the design and compensation for such but, in the event of a dispute, who will hold sway?

Parris said that Carnival costumes are protected by copyright laws.

"Copyright, is a property right, which subsists in literary and artistic works. Under Section 5 of the Copyright Act, it is clear that the costume can be categorised as a work either worthy of protection as a work of drawing or work of applied art. The act goes further to state that the original owner of the copyright is the author, who has created the work. If you were to look at the concept and the notion of an author, the person who would have created the Carnival costume would be the designer."

Parris said bandleaders and mas designers should sit down and formalise discussions about who owns the costumes and, therefore, who has the right to be compensated for their use. Whatever consensus arising out of the discussions should take the form of a written agreement. Parris said usually, the designer and band leader have two options.

Parris said the disagreements arising out of the lack of clarity on licensing and ownership of design has caused mas designers, bandleaders and, ultimately, the country to lose revenue.

But licensing fees are not the only way Carnival costumes can make those with ownership rights money.

For decades, Trinidad Carnival has been the subject of documentaries that have featured masqueraders in their costumes.

"This happens every year. Every year we see international production companies come from all over the world. You see them on the road, you see them in the mas camp, you see them in all different aspects of Carnival events. But the question is: are any royalties from these films, documentaries, shorts and series flowing back to T&T?

"Royalty generation is a source of income. How are we ensuring that these royalties come home?"

Parris said Trinbagonian cultural authorities should no longer be fooled by the pitch that film producers–foreign or local–were "exposing our Carnival to the world" and therefore should not be expected to pay for the right to film it.

"We need to have proper written production agreements in place, when companies come to feature us in the films, which would cater to the different types of material that is being featured in the film."

These include the music, the actors and ancillary services connected with such an effort. Parris said the proper production agreements ensure that locals involved in productions, particularly those connected with foreign entities, are paid what they are worth.

Sychronisation deals with local collection societies allow them to compensate artistes when their music is used in productions. Only one person, in fact, seems to be on the out when coming to compensation and that is the masquerader, she said.

Parris noted that while bandleaders and mas designers stood to gain from Carnival costumes, the masquerader didn't, at least not by just wearing them. She said while
provisions were made in the US and, to some extent, the UK for compensation of individuals whose images are used in publications, there were no such provision in T&T.

"In the United States, the notion of image rights is well established. There, the right of publicity has become enshrined in law to protect the economic interests that one might have in his or her own image. In the United Kingdom, only celebrities or public figures can seek redress for the unauthorised commercial exploitation of one's image and the average citizen may seek redress by invoking human rights legislation."

"In T&T, like most Commonwealth jurisdictions, there is no statute enacted with respect to the average citizen and image rights. Therefore such an individual would not be automatically entitled to claim compensation for the use of one's image. This right is limited to celebrities and public figures through other areas of law."

Parris said the gap in legislation presents an excellent opportunity for discussions to begin on masqueraders and the rights to their image and ways this can be capitalised on to benefit the economy.

Next week entertainment lawyer, Carla Parris and the Sunday BG explore the rights of photographers/videographers capturing images of Carnival festivities.

This website www.thebusinessofcarnival.com uses Cookies and similar technologies in order to distinguish you from other users. By using Cookies, We are able to provide you with a better experience and to improve Our Site by better understanding how you use it. Please read this Cookie Policy carefully and ensure that you understand it. Your acceptance of Our Cookie Policy is deemed to occur when you press the “accept” button on Our Cookie banner or when you have selected your preferred Cookie options in Our Cookie manager and pressed the “Continue” button. If you do not agree to Our Cookie Policy, please stop using Our Site immediately Read More